On August 13, President Trump signed into law the John S. McCain National Defense Authorization Act for Fiscal Year 2019. The $717 billion spending plan, and the accompanying restructuring proposals for many government agencies and departments, has all kinds of implications for federal employees and job seekers.

Maybe the most radical element of the 2019 NDAA is the Expedited Hiring Authority for College Graduates and Post-Secondary Students, which will empower agency heads to bypass certain hiring preferences (for veterans, members of minority groups, and disabled people) in order to increase hiring of educated young workers. Each qualifying unit of government will be allowed to speed up hiring for any competitive service, professional or administrative position at the GS-11 level or below with as many as 15 percent of the number of hires that the unit made in the previous year.

The hope is that this and other expedited hiring authorities will draw new grads and other young professionals, who are underrepresented in the federal labor force, and who expect much faster resolution of job applications than Uncle Sam usually provides. Appointees under this provision must have a bachelor’s or graduate degree and apply within two years of graduation, or be military service people who apply within two years of discharge.

Direct Hire Authority for recent Science, Technology, Engineering and Mathematics Graduates. (Direct Hire – jobs do not have to be advertised). Applies only to graduates of minority serving institutions and recruiting for veterans. Career Fairs will be highly effective at these colleges.

Engagement with Historically Black Colleges and Universities and minority-serving institutions for the purposes of technical workforce enhancement.  For the purpose of increasing the number of graduates of such institutions to accept positions in Department of Defense Science, Technology, Engineering, and Mathematics-related positions important to the national security functions of the Department.

Expedited Hiring Authority for College Graduates and Post-Secondary Students. This provision would be applied government wide (NOT just DOD agencies) and would provide for appointments at GS-11 and below for students and recent graduates (within 2 years). It provides an extension for military service members. It is not a direct hire authority, because it requires that the positions be advertised. Agencies would have to follow regulations prescribed by OPM, and appointments would be limited to 15 percent of the number of competitive appointments an agency made to similar positions during the previous fiscal year.

The John S. McCain Strategic Defense Fellows Program. This is described as “a civilian fellowship program designed to provide leadership development and the commencement of a career track toward senior leadership in the Department.” Limited to 60 participants per year, the program would require participants to have recent (within 2 years) graduate degrees or to receive a graduate degree within 6 months of entering the program.

SUMMARY: IMPORTANT NDAA POST-GRADUATE HIRING PROGRAMS BECAUSE OF THE LOW NUMBER OF EMPLOYEES UNDER THE AGE OF 30 AT DOD!   Recent Grads – take advantage of this.

Big changes in store for Education, Labor and the Postal Service

The reorganization plan would combine the departments of Education and Labor, to improve the transitions students into workforce programs. This merger is likely to eliminate some positions, but also create new opportunities for professionals with expertise in workforce development. The new agency would be named the Department of Education and the Workforce.

The plan also would restructure the Postal Service to prepare it for a possible transition into a privately held corporation, impacting the more than 500,000 career employees working there as of 2017.

Do note that many of these major organization changes would require congressional approval. Other changes would have to jump regulatory and bureaucratic hurdles. 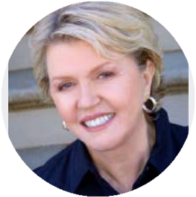